How Cairo’s Mamluk Carpets Ended Up at the Papal Palace

As a result of the wide reach of Mamluk influence across the Mediterranean, it can be difficult to pinpoint where any particular carpet came from. This was very much the case when the Papal palace. 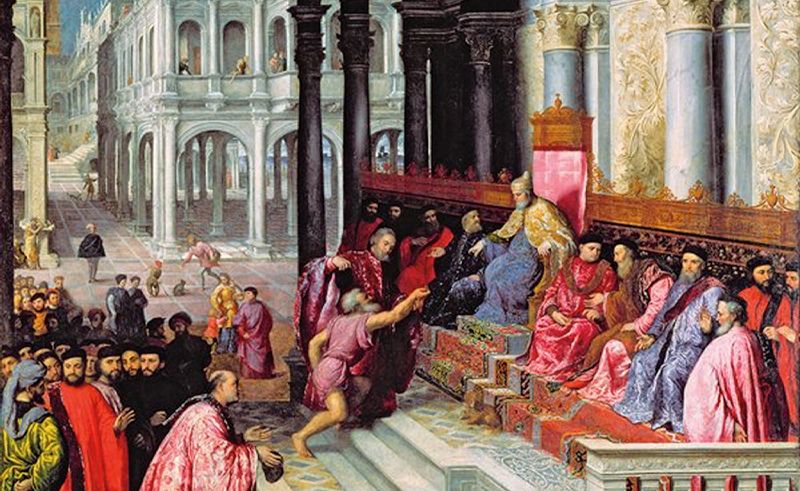 Amongst the Mamluks’ many legacies are their extravagant carpets. With vivid colours, hypnotic decorations and immense length they’re some of the most distinct pieces of art in the region. And as a result of the wide reach of Mamluk influence across the Middle East and North Africa, it can be difficult to pinpoint exactly where any particular carpet came from. This was very much the case when the Papal palace unearthed a set of seven Mamluk carpets, nine by two metres large, in the late 19th century - the origins of which were utterly unknown at that point.

Mamluk carpets possess a kaleidoscopic quality with their central design that is enveloped with interlacing geometry immaculately crafted with lustrous wool, no matter where they’re from. But the ones in the Pope’s possession held a specific marker; an insignia called ‘blazon’, developed by the emirs of Mamluk Sultan Qaitbay, who ruled Egypt during the 15th century. These were treated like a personal signature or a state emblem, and this blazon in particular was similar to a carpet found in the Stefano Bardini Museum in Florence, Italy. 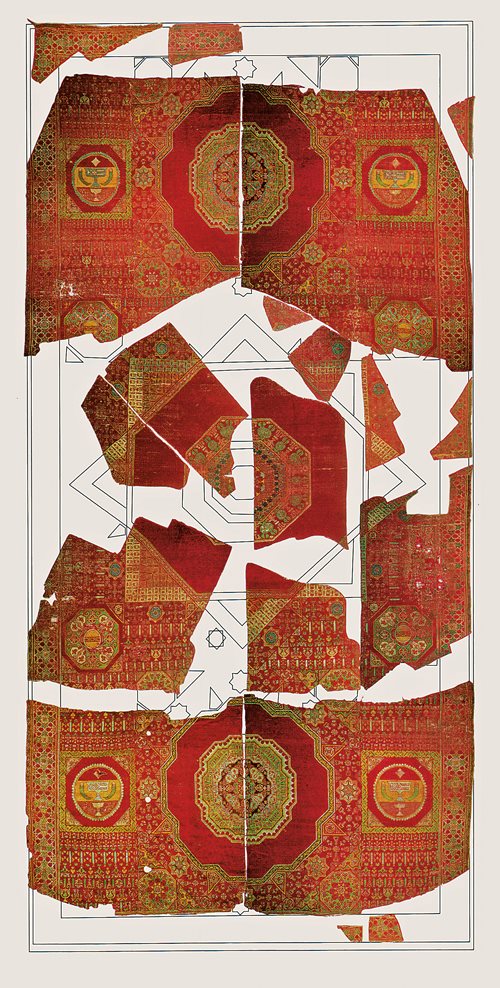 Vatican archives indicated that by late 15th century Pope Innocent VIII made a huge payment of 1,224 gold ducats in 1489, which purchased seven large carpets made in Cairo. Today, that amount of ducats would get you a Porsche, or two. A 1518 inventory of the Pope’s carpets describes carpets divided where they mirror, centred by medallions and cornered by the Pope’s arms.

What was most remarkable about Mamluk carpets was how they were perfectly mirrored, which speaks of sophisticated weaving techniques. The largest Mamluk carpet looms were made with equal knot counts both vertically and horizontally. This gave them a sort of symmetry throughout its composition that was unmatched. Scholars believed that weavers in Egypt adapted to different wool, finding unique colour palettes and creative designs to give birth to a new brand of carpets that were unique to Egypt.

Descriptions of Pope Innocent VIII’s carpets were confirmed by Paris Bordone’s 1534 painting titled ‘The Fishermen Presenting the Ring to Doge Gradenigo,’ which was one of the first Italian depictions of a Mamluk carpet. Displayed at the Accademia Gallery in Venice, it shows a carpet with a single medallion on red ground, spread in front of officials. 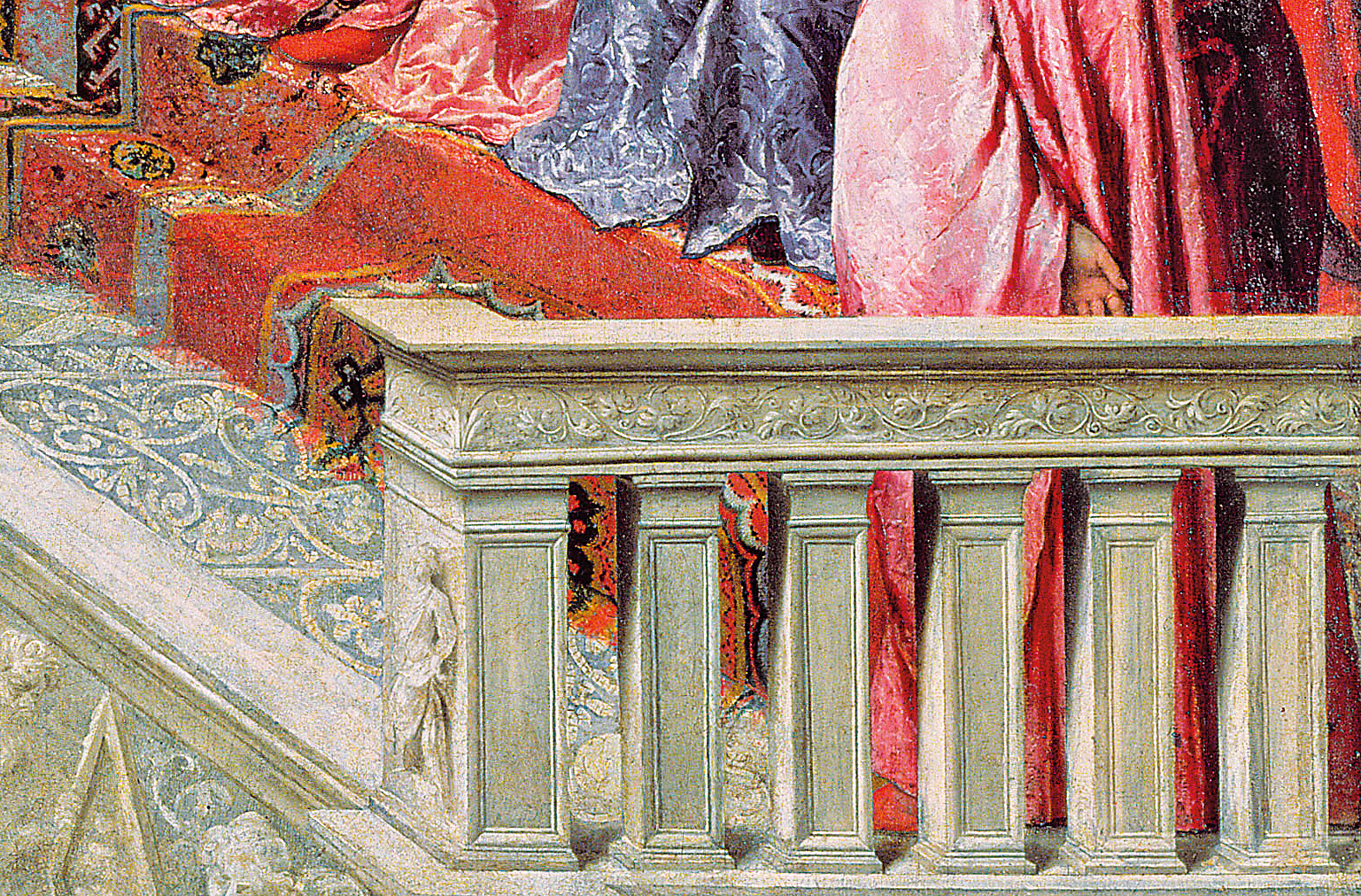 On average, Mamluk carpets went for $26,045 back then. They were considered a rare find and the Papal purchases indicated that their commercial production was ahead of its time. The carpets of Cairo graced some of the most notable spaces in the Mediterranean, and their price suggested that they were made for those seeking unprecedented splendour.