Minimal, white and with wooden highlights, this render is an ode to summer and Moorish architecture alike. 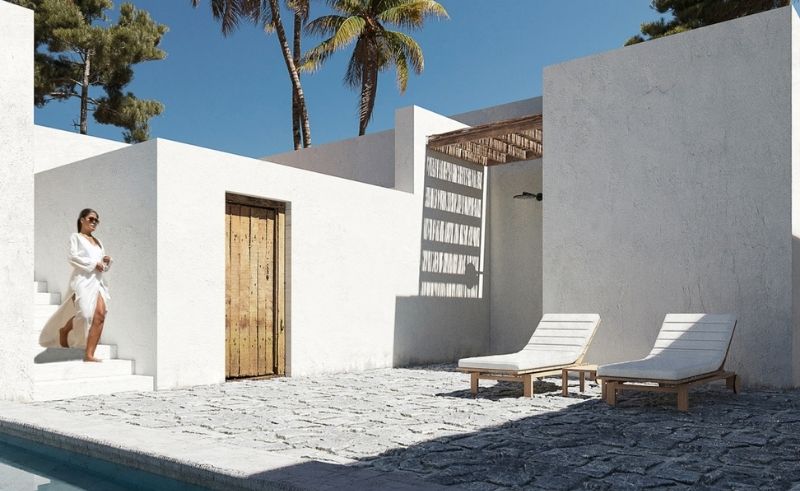 Inspired by popular Moorish architecture of the Mediterranean, OR Studio’s founder, Omar Riad, created a render that takes after the traditional casbah, as well as its contemporary forms in walled citadels in North African countries. In an image that feels as cool as it looks, especially considering the current summer weather, the render overlooks a courtyard with an inviting swimming pool.

“If there was inspiration behind it, it’s definitely ‘La Muralla Roja’ in Spain,” Riad tells #SceneHome, referring to a housing project located in Spain’s Calpe. Spanish for ‘The Red Wall’, it referenced the same form of Moorish architecture and resulted in many inspired designs, like this one. While its characteristics - such as its distinct platforms and stairways - are maintained, this render went with minimal white rather than striking red.