The Mausoleum and Mosque of Shahin Al-Khalwati

Choosing the mountain and its mysticism over war, Shahin Al Khalwati lived the last 30 years of his life in isolation meditating. His son built a mausoleum and mosque for his legacy. 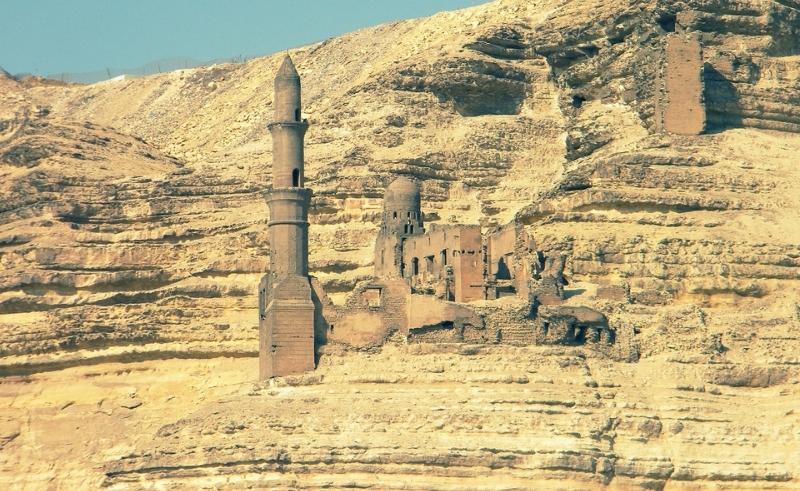 Figuring out one’s true self is a fundamental question everyone faces. It’s difficult to tell whether someone cracked their inner code or just acted like it due to how extremely illusive the whole concept is. That said, one behaviour tends to give it away: a commitment to an ideal. A rather extreme example of this is the Mausoleum and Mosque of Shahin Al-Khalwati, which was built in 1538 on an absurdly peculiar position on Mokattam Mountain. Uniquely overlooking Cairo, it is almost entirely out of reach. All because Shahin Al-Khalwati, a Mamluk warrior who moved from Persia to Egypt, preferred spirituality over war. 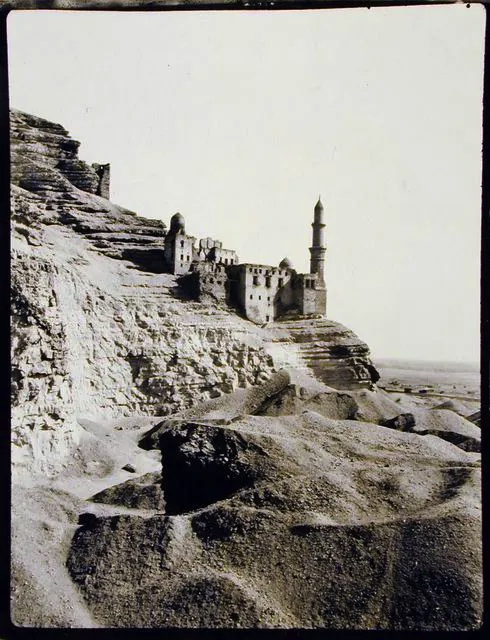 Sultan Qaitbay, the 15th-century ruler of Egypt, appointed Shahin Al-Khalwati to the military at a later age than most. Legends claim that it was due to his build, but the legends themselves were caused by his well-documented behaviour. He rejected the Mamluk inclination towards conquest and asked the Sultan to let him walk the spiritual path up the mountain. There was a mystic pull that the mountain had over people at the time, a pull that some would claim still persists to this day. 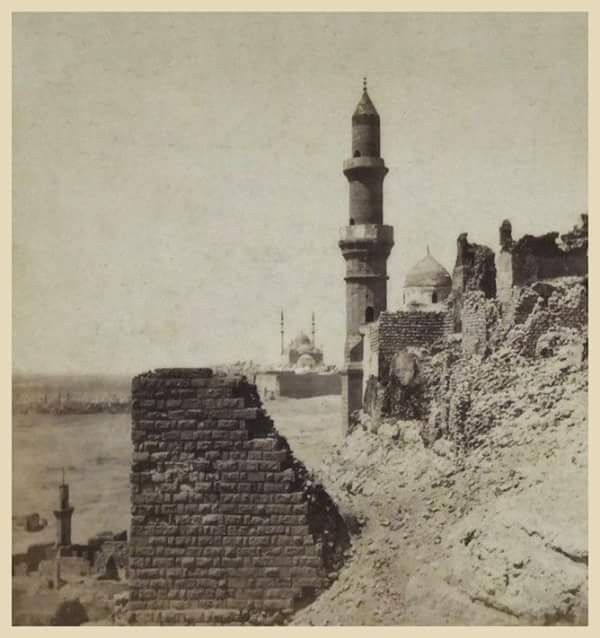 Mokattam Mountain offered refuge to those who were disillusioned with the hustle and bustle of Fustat, the first Islamic capital of Egypt. They abandoned all the chaos and noise, climbed the mountain, carved a cave to place themselves in, and dove inwards into their being in an attempt to find themselves. The likes of those people included Al Hakim bi-Amr Allah, the sixth Fatimid caliph. According to one of the last pieces of recorded history about him, the caliph one day left a note saying that he was headed to Mokattam, got on his donkey, and was never seen again. 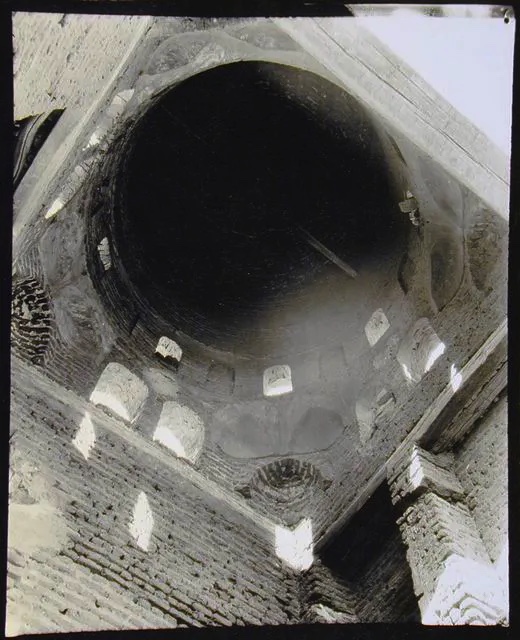 Al-Khalwati lived on the mountain for 30 years, disconnecting from the outside world and following his beliefs through mystical practices. Many visited him for advice, asking for his guidance and blessings. It was said that during the later stages of his life, Al-Khalwati dug his own grave. Whether that’s true or not remains up for debate. What is undoubtedly true though, is that his son ended up building a mausoleum for him topped by a dome, which was then followed by the mosque, presenting the rest of Cairo with a sight like no other. Upon their passing, Al-Khalwati’s son and grandson both joined him in the mausoleum.

If your inner heritage architect or historian is getting riled up wanting to see it for yourself, there’s a catch. Few can make it up there, and it’ll require some flexibility and a whole lot of climbing. 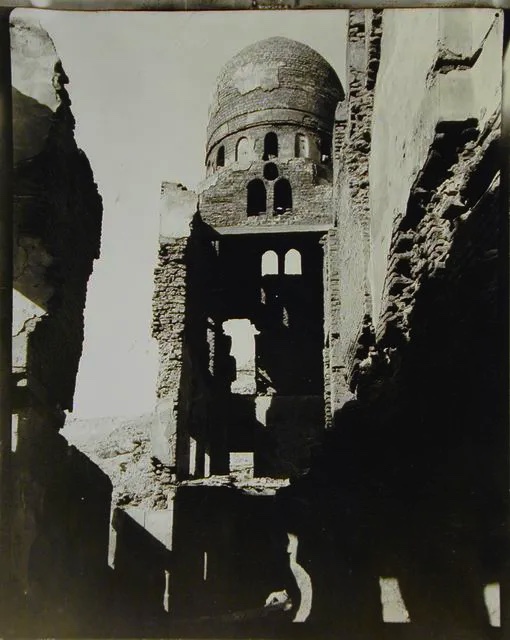 Walking through the narrow paths in the cemetery, you would climb a ladder to get on the roof of one of the structures, followed by a significantly larger ladder that takes you to the edge of the rock formations. From there, you would climb, and climb, and climb, until you eventually reach a slope that puts you right next to the third minaret to ever be built in Ottoman Egypt, with its signature pencil-like form and two balconies. 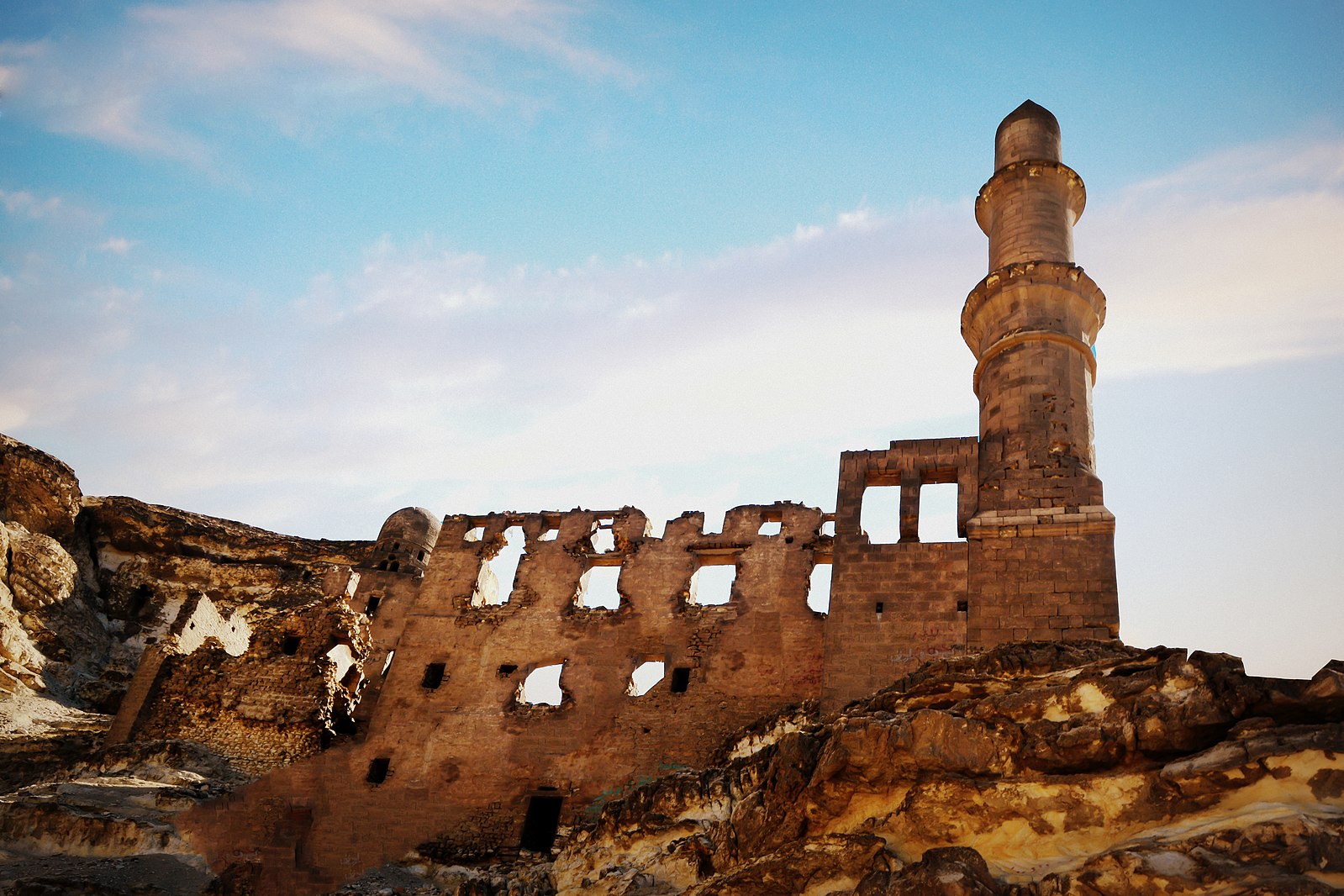 Entering the architectural ruin, you’ll find what’s left from the original stairs ,which lasted up until the 1880s. As you ascend its steps, you would be able to see solitary colonnades meant for worship on both sides, before you suddenly find yourself deep in the heart of the courtyard. 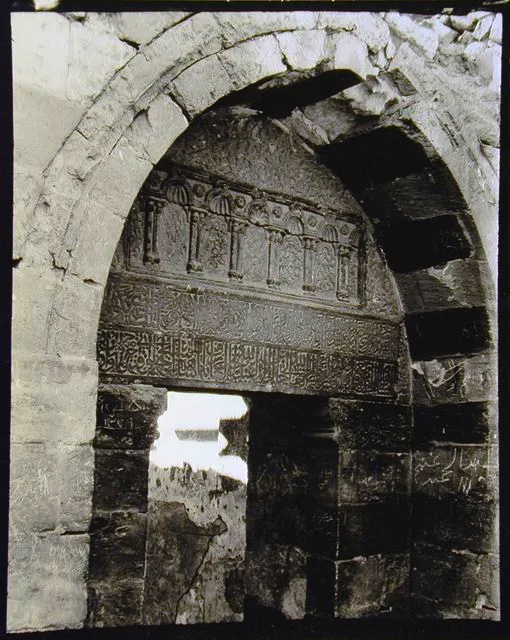 The mihrab is still there, but it’s stripped of all its wood and marble, and out of the six inauguration scriptures that were initially carved on archways, only one remains. Under an ornament of arched colonnades, the script says, “This mosque was erected by the humble servant of god Gamal El-Din Abdullah, son of Sheikh Shahin El Khalwati and was opened in the year 945 Hijri.” 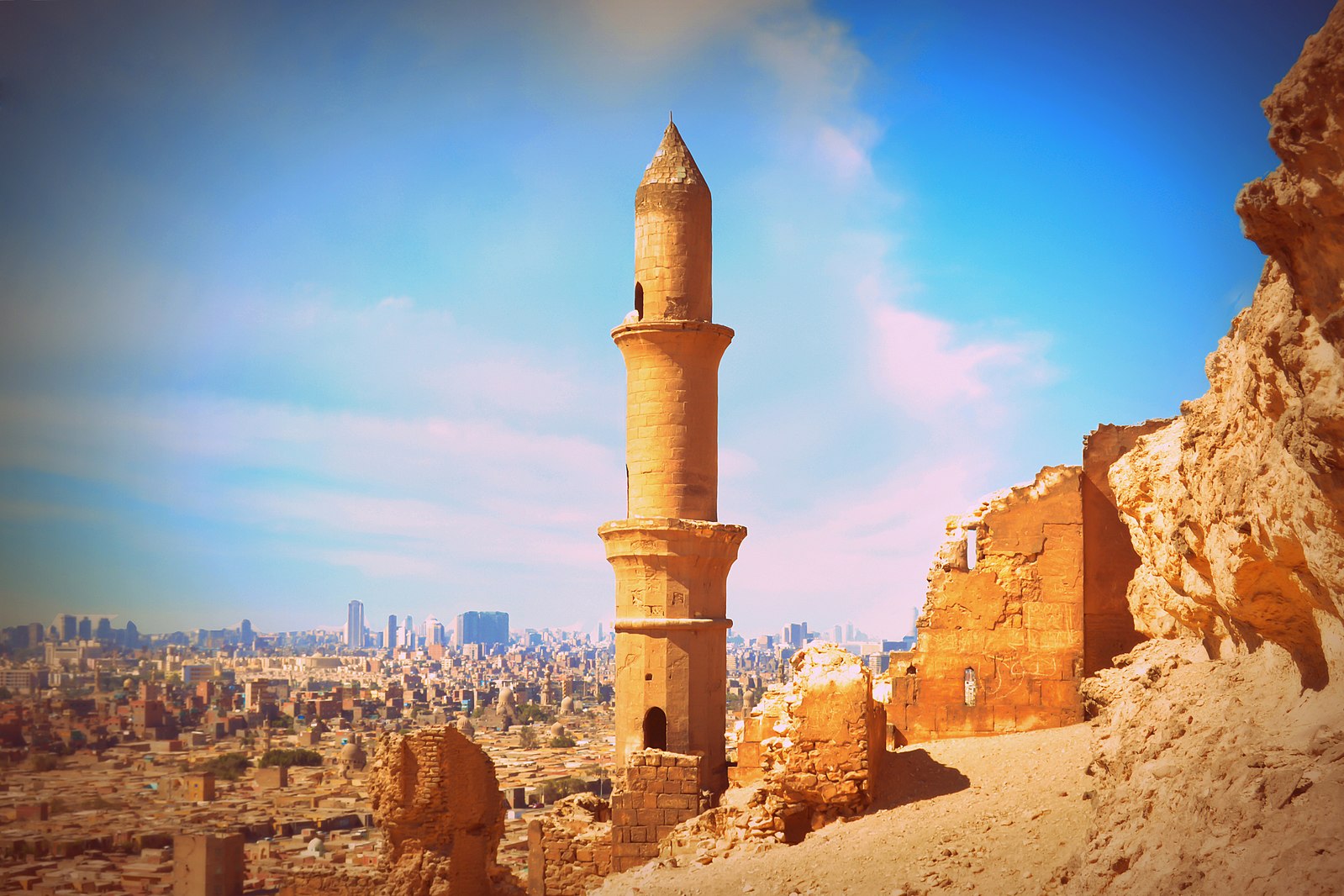 If you’re wondering how these spiritual recluses would’ve survived spending so much time in isolation, up there and so close to the sky, well, the easy answer is that they use an ingeniously engineered pulley system to get a fresh supply of water from the city below, where all the chaos persisted. 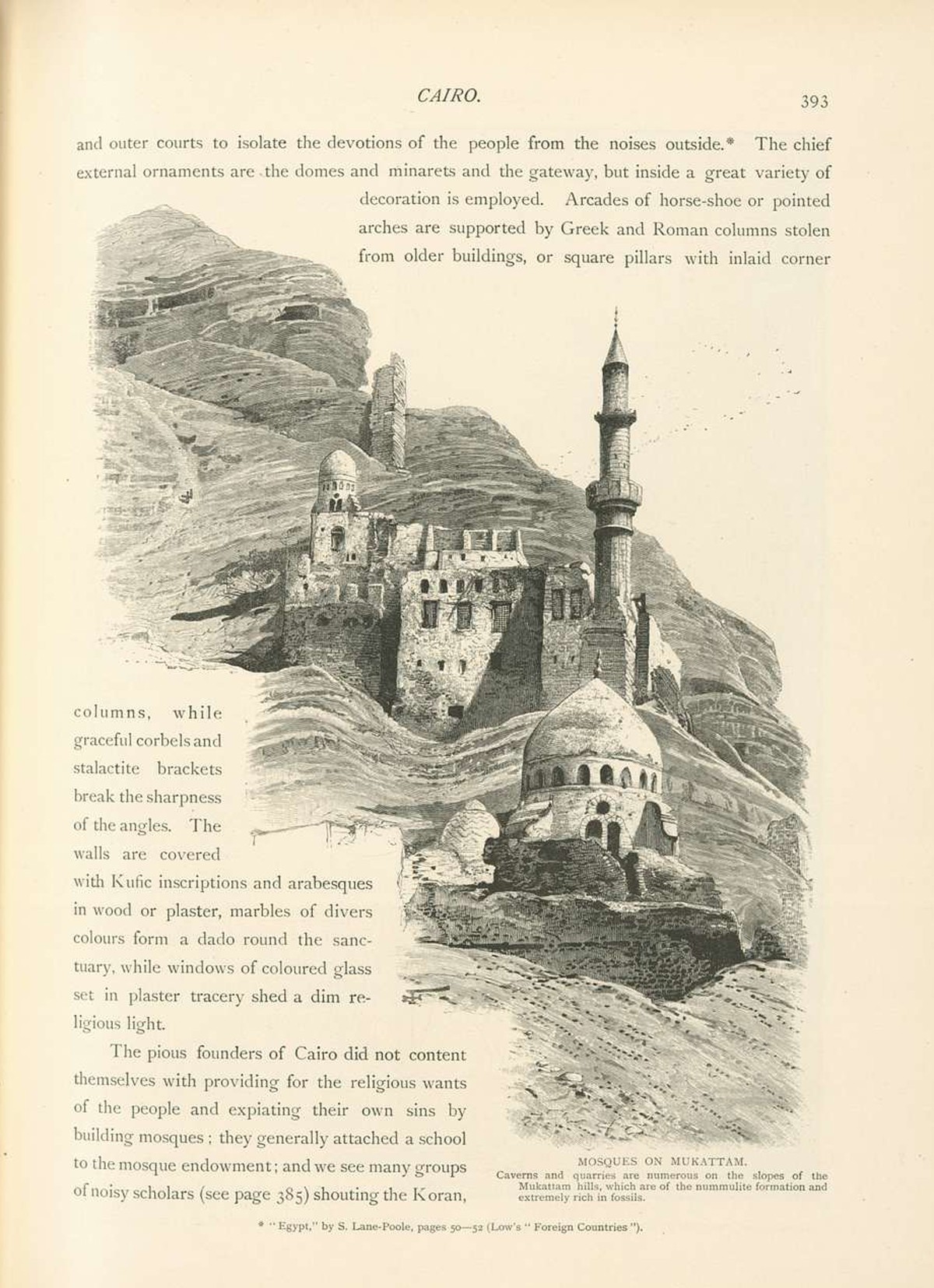 Following a visit in 1905 by the Egyptian Antiquities Authority under the reign of Abbas Helmy II, a single act of ‘renovation’ was performed. A wooden door was added and the key was entrusted with the gatekeeper of El Juyushi Mosque which is located nearby on the mountain. That’s it. As much as the architecture of Shahin Al-Khalwati’s mosque and its location are mind numbing, so is the lack of care it received.