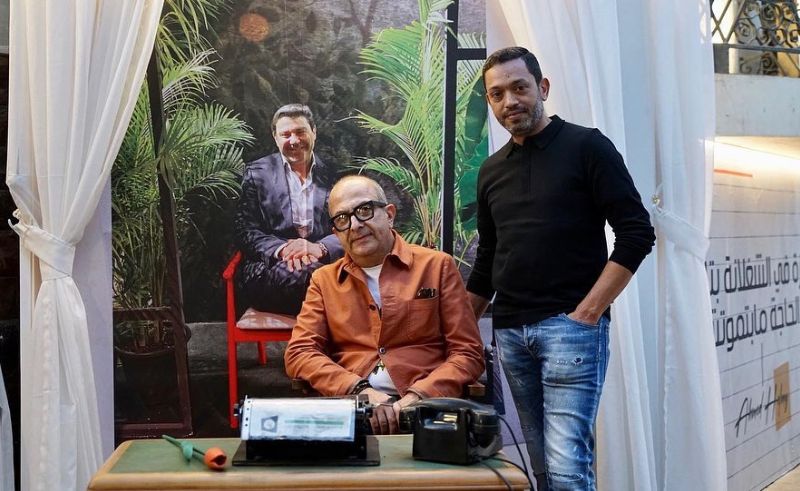 Amongst the plethora of venues in Heliopolis celebrating design as part of Cairo Design Week, none are as heartfelt as the Ahmed Helmy Museum in El Korba. The museum is dedicated to the late Ahmed Helmy Abdelhadi, CEO of Meuble El Chark, who led the third generation of his family business following its nationalisation in the 60s. In doing so, he created Egypt’s most prominent chairs factory, defined an intergenerational workforce by bringing fresh ideas into a working environment that kept its artisanal craftsmanship, and assumed social responsibility through initiatives and philanthropic acts.

Meuble El Chark was founded as Korsy Helal El Chark in 1944 producing a chair a day as one of the very first registered businesses in the Egyptian Republic. Following its nationalisation in 1964, a restart took place with a new chairs factory built in Nasr City to create 400 different furniture models. Telling of the cultural significance of Abdelhadi’s family business, this is THE chairs factory commonly referred to in Egyptian urban lore.

As he brought the factory up to date, Abdelhadi embarked on endeavours like  Karassikarassi+, a brand he founded to revive traditional wooden chairs with modern aesthetics, and in 2015 the sixth factory of Meuble El Chark was built under Abdelhadi’s vision to further advance its industrial capabilities and international reach.

The list of spaces that got furnished from Meuble El Chark is quite endless. Abdelhadi’s eye for quality led to the factory’s produce decorating renowned hotels from Mecca, Saudi Arabia to Paris, France. Abdelhadi was also the head of the Chamber of Wood Working and Furniture Industries, seeing its exports rising from $100m to $1bn in three years during his tenure.

While juggling all these responsibilities, Abdelhadi still made sure to support those around him. Selflessly exploring heartfelt initiatives like Parallel Minds – through which he brought chairs imagined by children with autism to life. This was how many got to know him as he made sure that Egypt’s most definitive chairs factory produced the visions of young minds exactly how they were imagined.

“These children have capabilities that we aren’t aware of and we as a society aren’t knocking on that door enough,” Abdelhadi told Scene Home at the time. “Intuitively, they sketched chairs and we took on the challenge of manufacturing them.” Abdelhadi dedicated his life to his craft, always finding ways to bring beautiful ideas to life.

In his last work, Abdelhadi created an experiential showroom along with Karim El Hayawan and Nehal Lehata that was titled ‘Design Elsewhere’. It was a celebration of the different forms of design that one would find, not where expected, but elsewhere.

To make sure Helmy’s spirit is alive in Cairo Design Week, his family opened their home, with the same welcoming spirit he was known for, to host ‘Helmy Ana’, an immersive experience celebrating his life and inspiring work. Fellow designer and dear friend Mohamed Badr created a tribute throughout the private residence to document Helmy’s lifetime achievements and showcase the immaculate chairs he created. From heartfelt messages and letters written by family and friends to the countless creations from Meuble El Chark’s timeless factories, the tribute not only conveys who he was as a designer but also as a person.

The exhibition is open to visitors from 3 PM to 9 PM until November 25th.