Odd Behaviour - aka Ehab Hassouna - uses digital art to rethink Egyptian iconography through a modern lens, fusing them with the bold shapes and colours we’ve come to associate with street art. 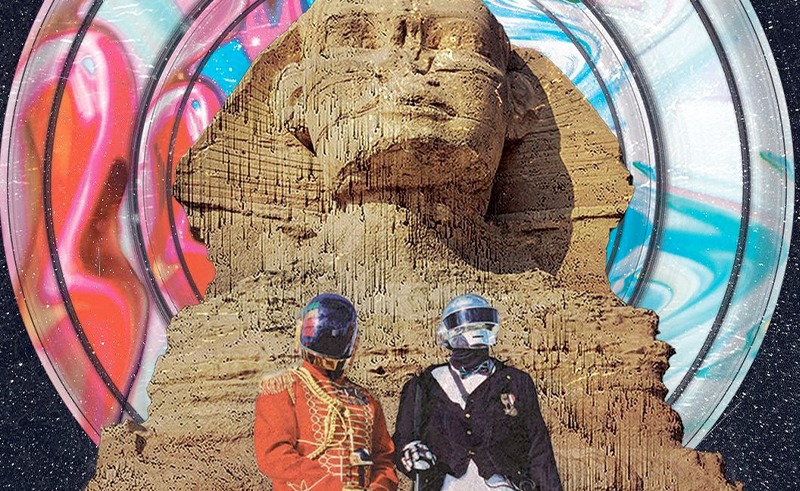 Egyptian iconography is all around us. Not just in Egypt, but at the gift shops of every major airport, and plastered on every advert promoting tourism into the country. Yet we never tire of seeing our identities capsuled into these familiar objects or symbols; we’ve come to think of them as a part of who we are. But ‘who we are’ is something that is continually changing. Centuries later, how do we bridge between the visual culture of Egypt then and now? Rethinking the way we consume our national iconography is an Egyptian visual artist who goes by ‘Odd Behaviour’.

“Odd Behaviour was inspired by the ideology of Daft Punk. The philosophy behind the masks they wear is that they didn’t want their audience to tie their music with their identities,” the artist tells @SceneHome. “It’s less about the musicians and more about the music that way. That was my inspiration, and that’s why I created Odd Behaviour.”

His Nefertiti series is perhaps his most popular, where he reinvents the famous bust of the ancient queen over and over, each time integrating a new element like calligraphy, pop art, inverted colours, galaxy overlays, or even Union Jack sunglasses and pink bubblegum. His interest first gravitated towards Nefertiti with the ‘Dynasty’ series he launched after a trip to Luxor and Aswan a few years back. He used the photos he took on the trip to fashion something entirely new. “It just goes to show how timeless our history is,” he says. “The series is a mashup of street art and subcultural influences with our iconic history to create something that is visually striking. I generally strive to take subjects out of their initial context in order to build a new composition that allows the viewer to forge his own story in correlation to their imagination.”

Experimenting with media during his lifetime, the artist found himself favouring digital art due to the sheer freedom it afforded him. Street art in particular has a special place in his repertoire, with urban art murals making up a huge portion of his inspirations. He’s made over 15 pieces using the bust of Nefertiti, each of them different in its own way, many of which have been bought by his most loyal customers for their homes. Some of his pieces adopt cosmic themes, while others feature trippier elements like floating jellyfish in the night sky. Talk about a conversation starter.

But not all his work plays on ancient Egypt. Many feature Golden Age stars like Oum Kalthoum or Abdelhalim Hafez, or more contemporary celebrities like rappers Wegz and Marwan Pablo, or football superhero Mohamed Salah. So really, no matter whose walls his work hangs on, his experimental work truly says something about its owner and their relationship to Egypt’s visual culture.