Based on centuries of tradition, Omar El Farouk’s home reflects his tireless dedication to the revival of native architecture 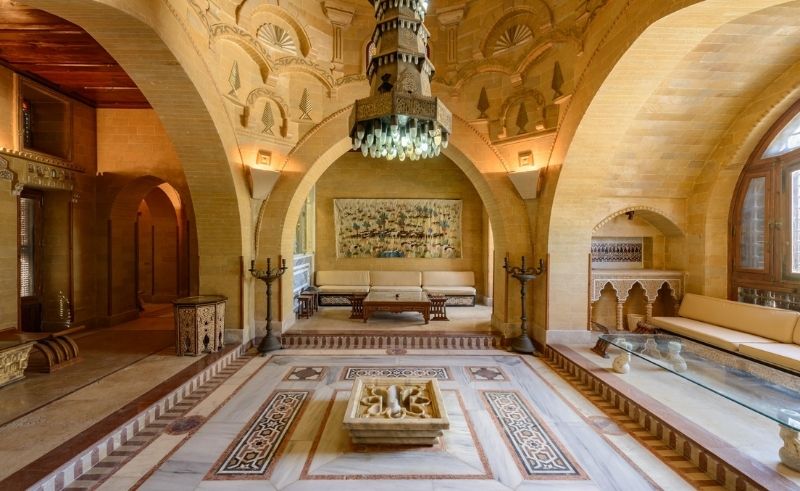 Omar El Farouk – an architect who dedicated his thoughts and time to revitalizing elements of Islamic architecture and Arabic homes – invited us to explore his house in Fayoum, which overlooks Qarun Lake from an elevated hill in Tunis Village. Along with this act of kindness, El Farouk generously invited us into his architectural gem of a mind, guiding us through the 21-year process behind the construction of a home that would encapsulate a life well lived centuries ago.

Dar Omar El Farouk unveils itself as an amalgamation of architectural prowess. A plethora of aesthetics enchants its guests, applied over the course of many days, months and years by local craftsmen who embodied the beautiful artisanal culture of Fayoum. In his home, El Farouk created an indoor environment facilitated by the domes and wind catchers, that feel cool and comfortable year round. The pleasant climate in the interior made our time with him easy, as it did for the crew of hit Ramadan show, ‘Le3bet Newton’, who used his home as the setting for their drama. And who can blame them?

Inspired and deeply captivated by Old Cairo, El Farouk’s home mimics its never ending sequence of constantly and suddenly appearing crescendos. As you enter, detailed mosaics and marble work cover the visuals. While detailed woodwork speaks of the craftsmanship of old. Every space has standing out features of its own. These include everything from 17th century furniture to situating the bath tub at ground level to give a spacious essence to one of the bathrooms. While rare tapestries from Ramses Wissa Wassef Center decorate the ornate walls.

A disciple of Hassan Fathy and Ramses Wissa Wassef, two pioneering Egyptian architects, Omar El Farouk has etched his name with that of his gurus. Bringing a form of design that is not so often seen in the modern day to Fayoum. Building several homes using the same principles - one of which was Evelyne Porret and her pottery workshop - El Farouk is an ardent advocate for the revival of Islamic architecture and design features that are native to our context.