Startling, striking or brutally beautiful? This Maadi villa is certainly making a statement...

Beton brut - French for ‘raw concrete’ - was a phrase uttered in response to the stimulating
radicalness of Le Corbusier’s la Unite d’habitation de Marseille in the 1940s, which coined the
term ‘Brutalism’ that remains to this day a maligned jargon within the realm of architecture.
Nevertheless, the timeless style has been making a comeback with designers opting for its pure
geometry and neutral tones to the loudly patterned, colourful designs of late. 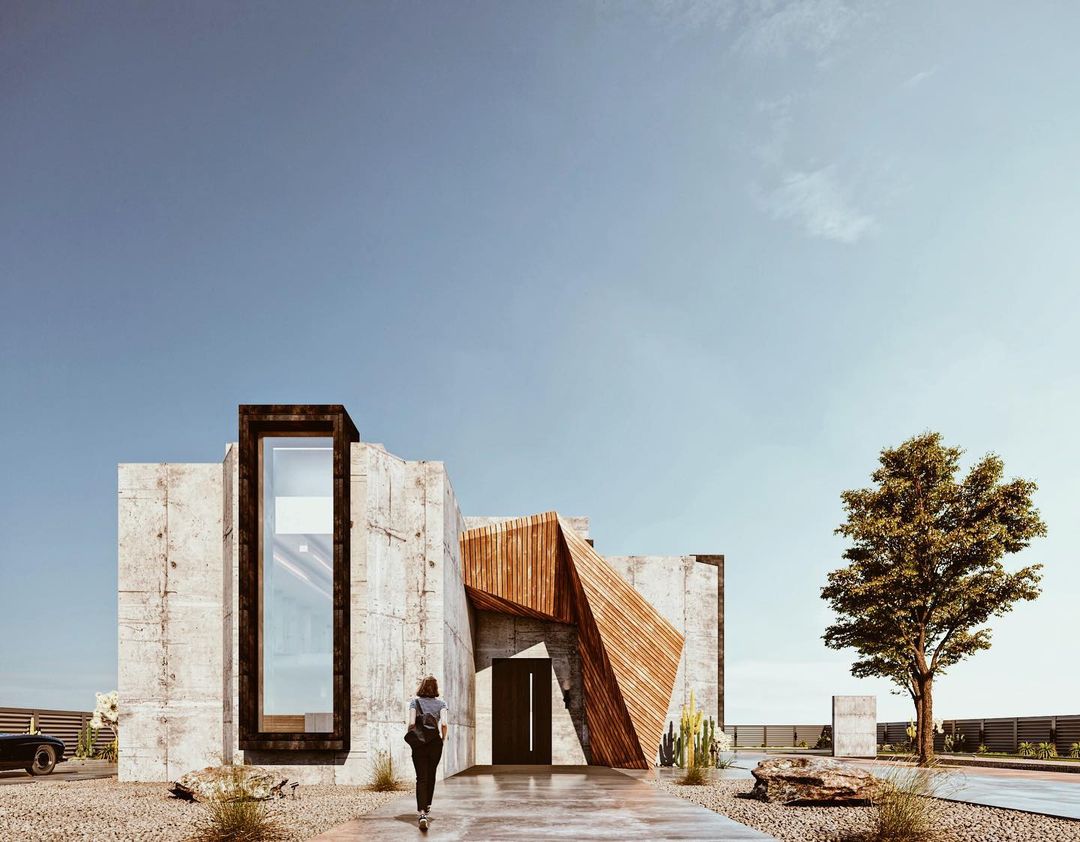 Nestled away from urban hassles deep in the heart of the Maadi suburbia, this restored villa
designed by the expressionist-experimental Badie Architects conveys the primal power of
concrete through pronounced edges and lightly treated surfaces, which sets it apart from the
surrounding built environment of the expat haven. 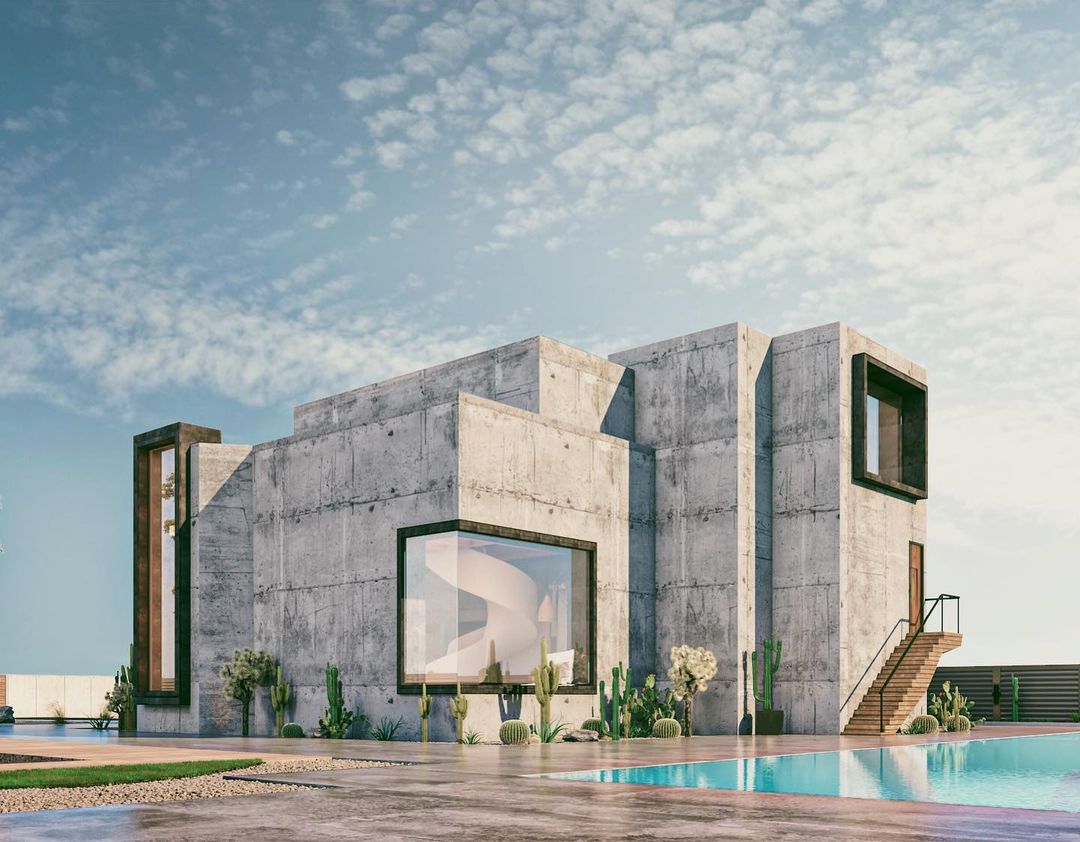 “It was an iconic mid-century double height house, in the process of renovating its facades and
interior, we found ourselves compelled by its original structure to modify the design into a
modern, minimalist take at brutalism,” Mohamed Badie, founder of Badie Architects tells
#SceneHome. 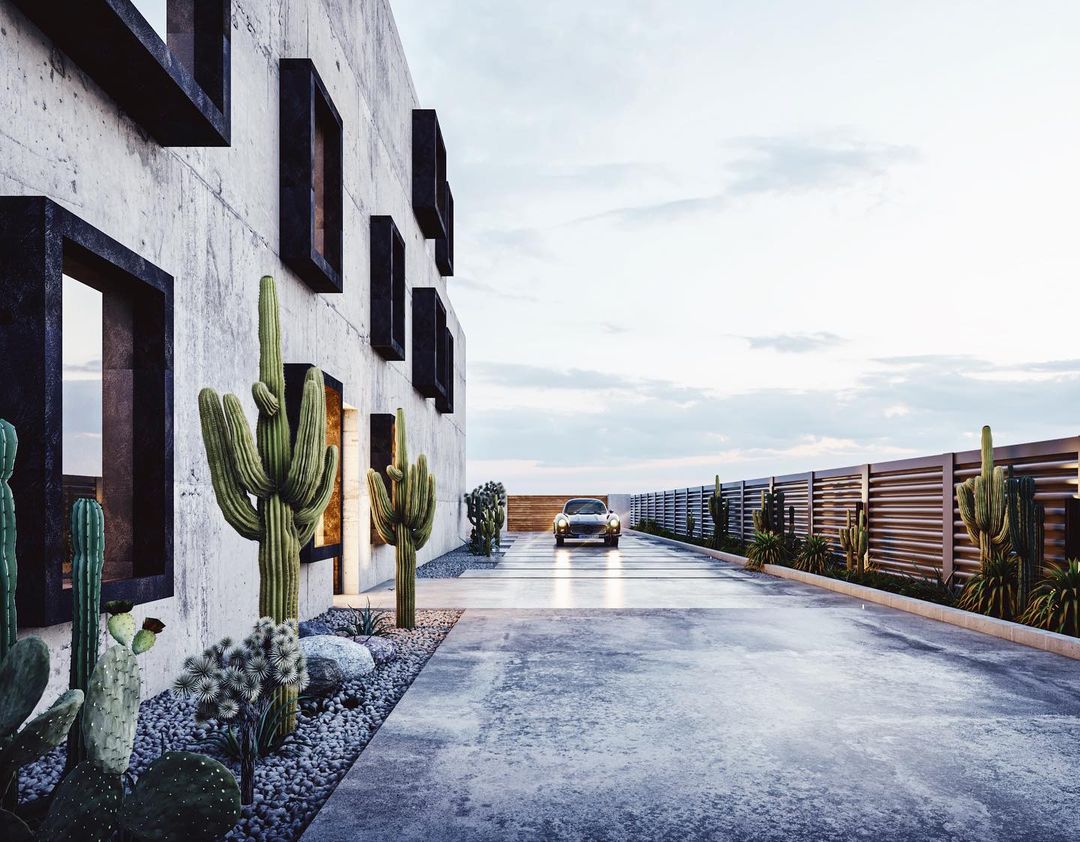 With a propensity to monumentality, upscaled modular windows provide dramatic openings
through the homogeneous concrete, and a dynamic wooden installation provides apt shading to
the entrance, injecting a hint of deconstructed modernity to the private residence.

Countering its asymmetrical exterior, the now two-storied house features a curved staircase that
centers an earthy textured, organic interior. “Its residents are frequent travelers who wanted a
home that provided a subtle yet rich visual experience,” he adds.